Notice of the FIH Women's World Cup 2022 (Spain and Netherlands)

The FIH Women's World Cup 2022 will be held from July 1st to 17th in Terrassa, Spain and Amsterdam, the Netherlands.

This tournament is held once every four years to decide the best women's hockey team in the world.

And Ten players from Coca-Cola Red Sparks have been selected to Japanese national team.

The game will be streamed on the hockey video streaming site "Watch Hockey", so please watch it and support Sakura Japan.

*You will need to register for an account (free of charge) to watch the games on Watch Hockey.(https://watch.hockey) 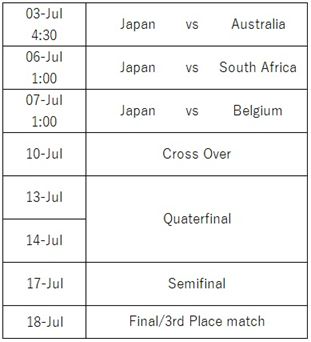